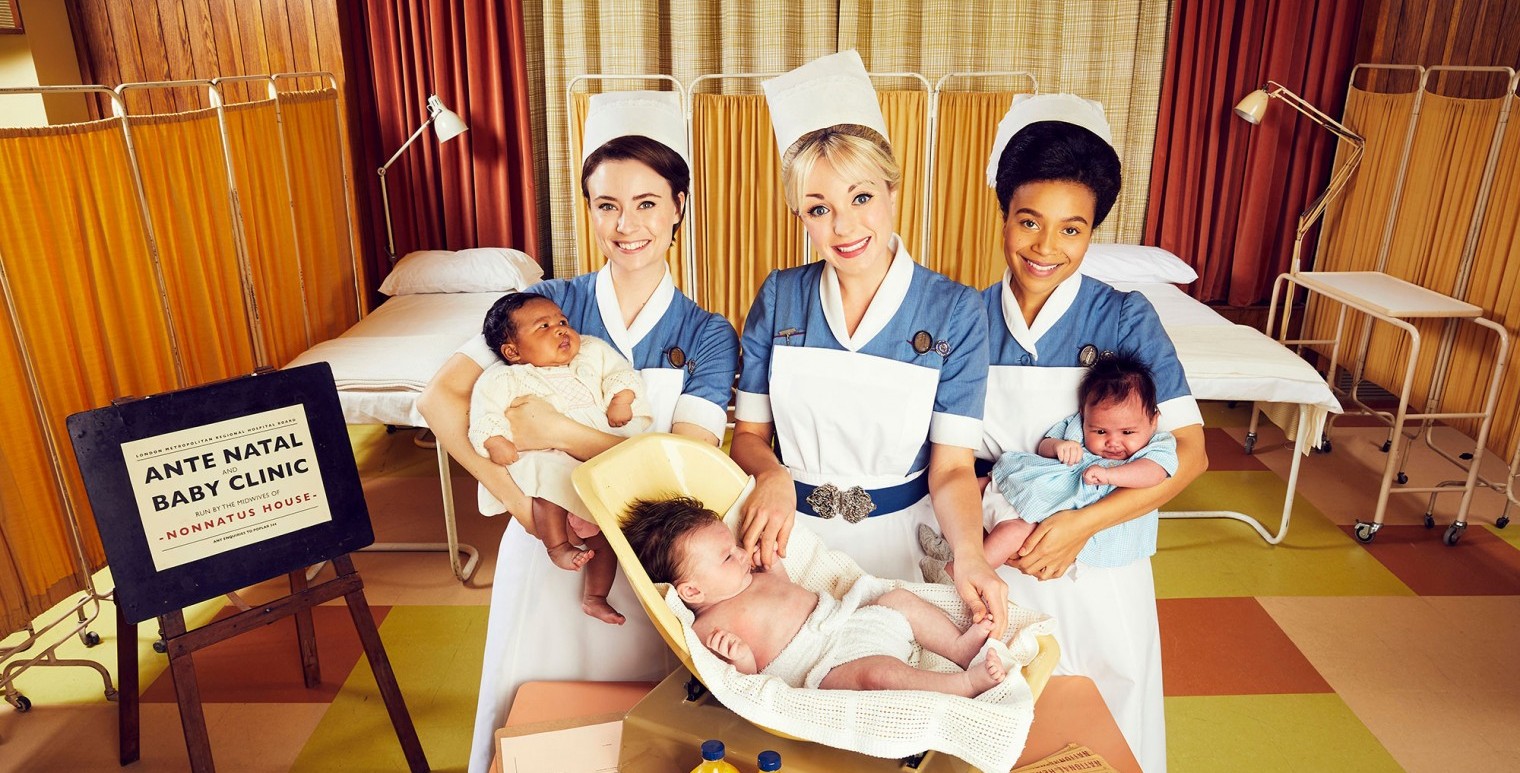 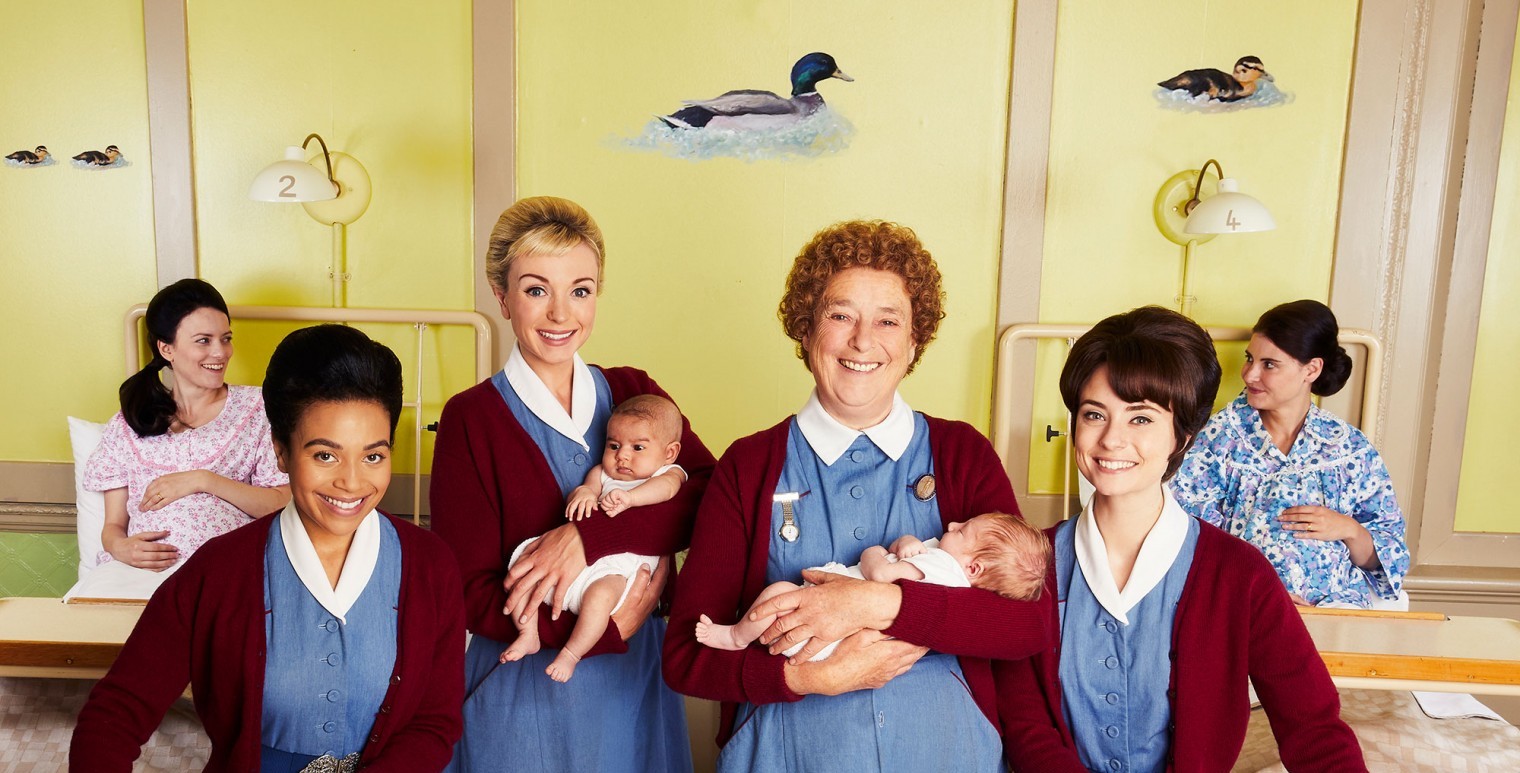 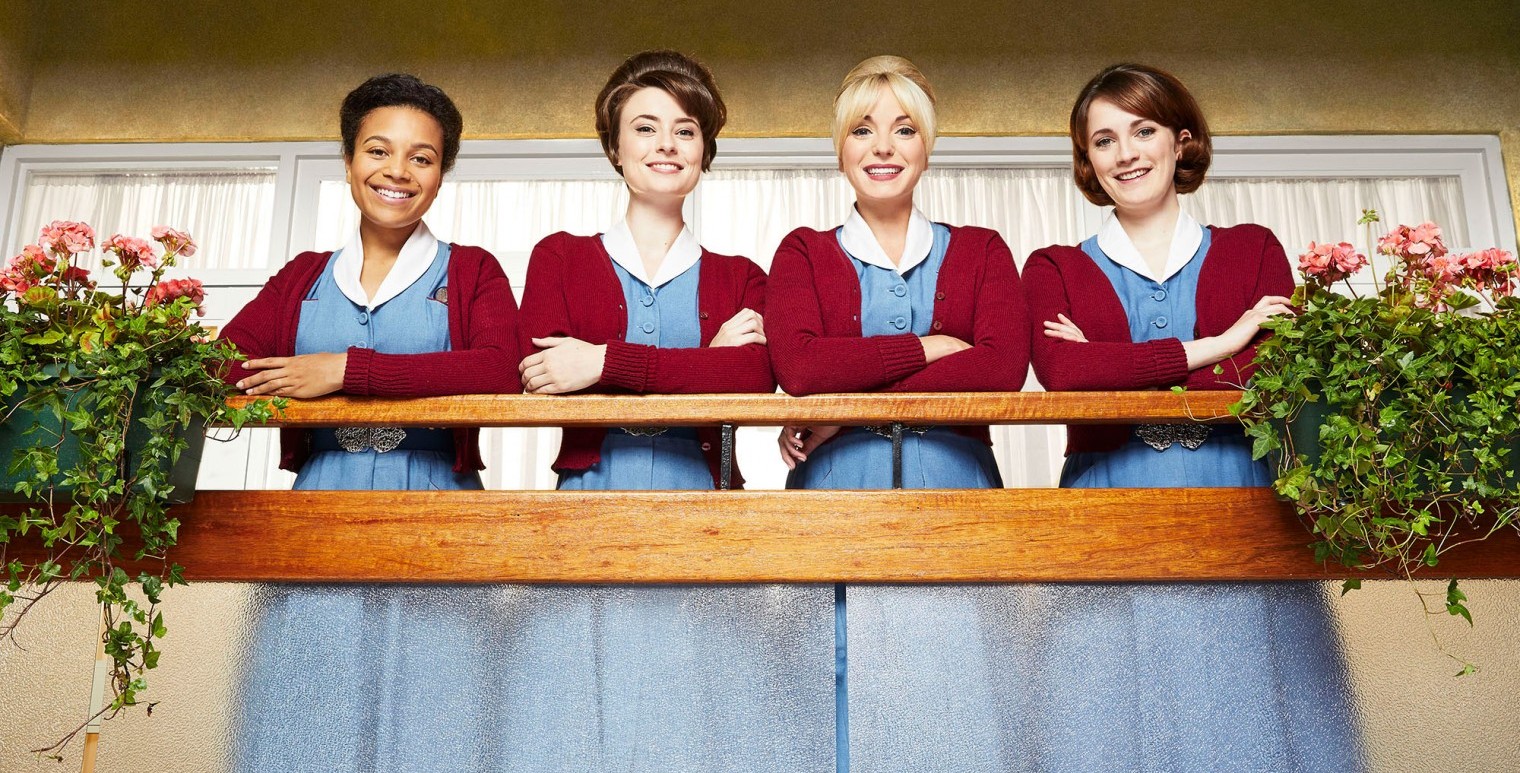 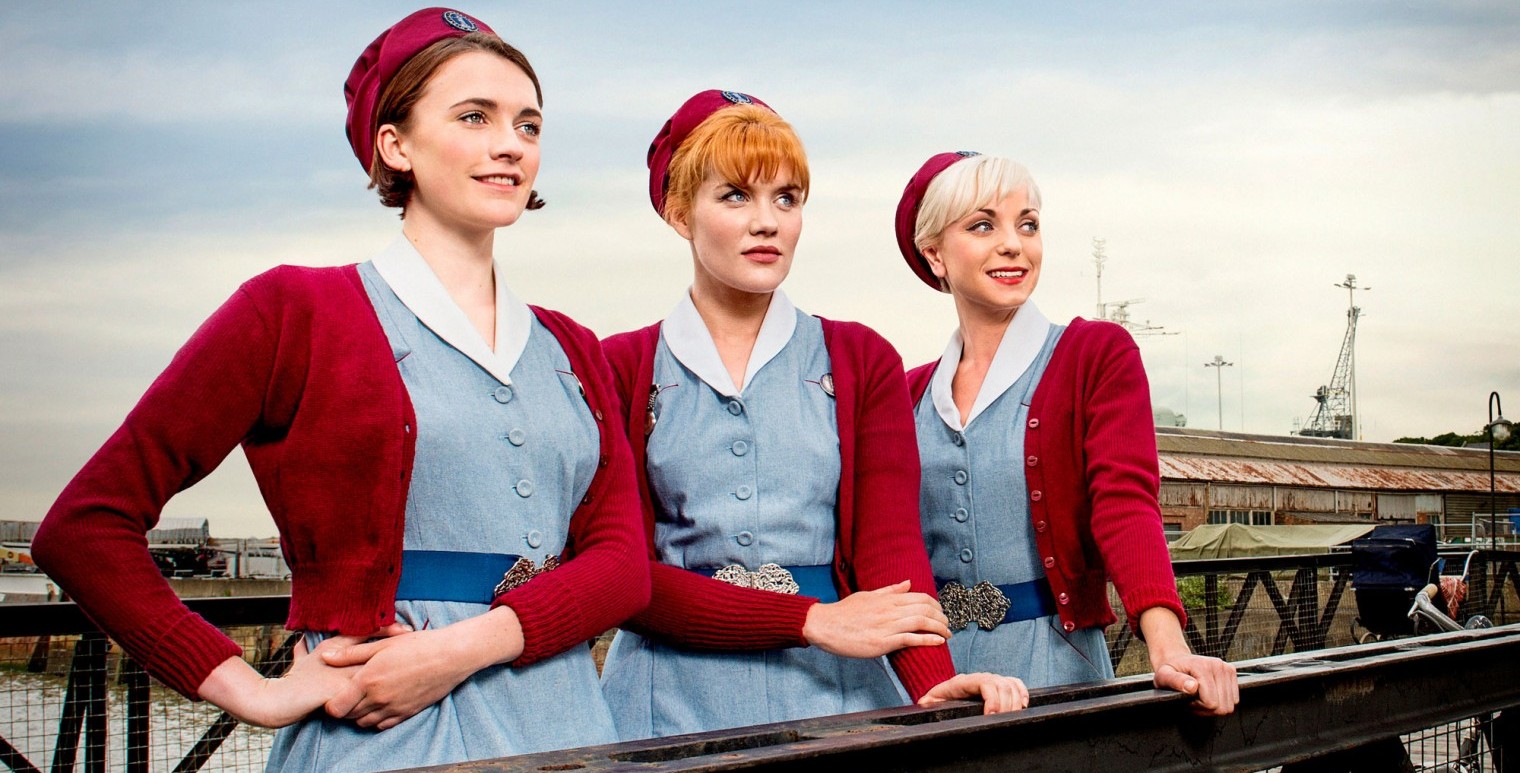 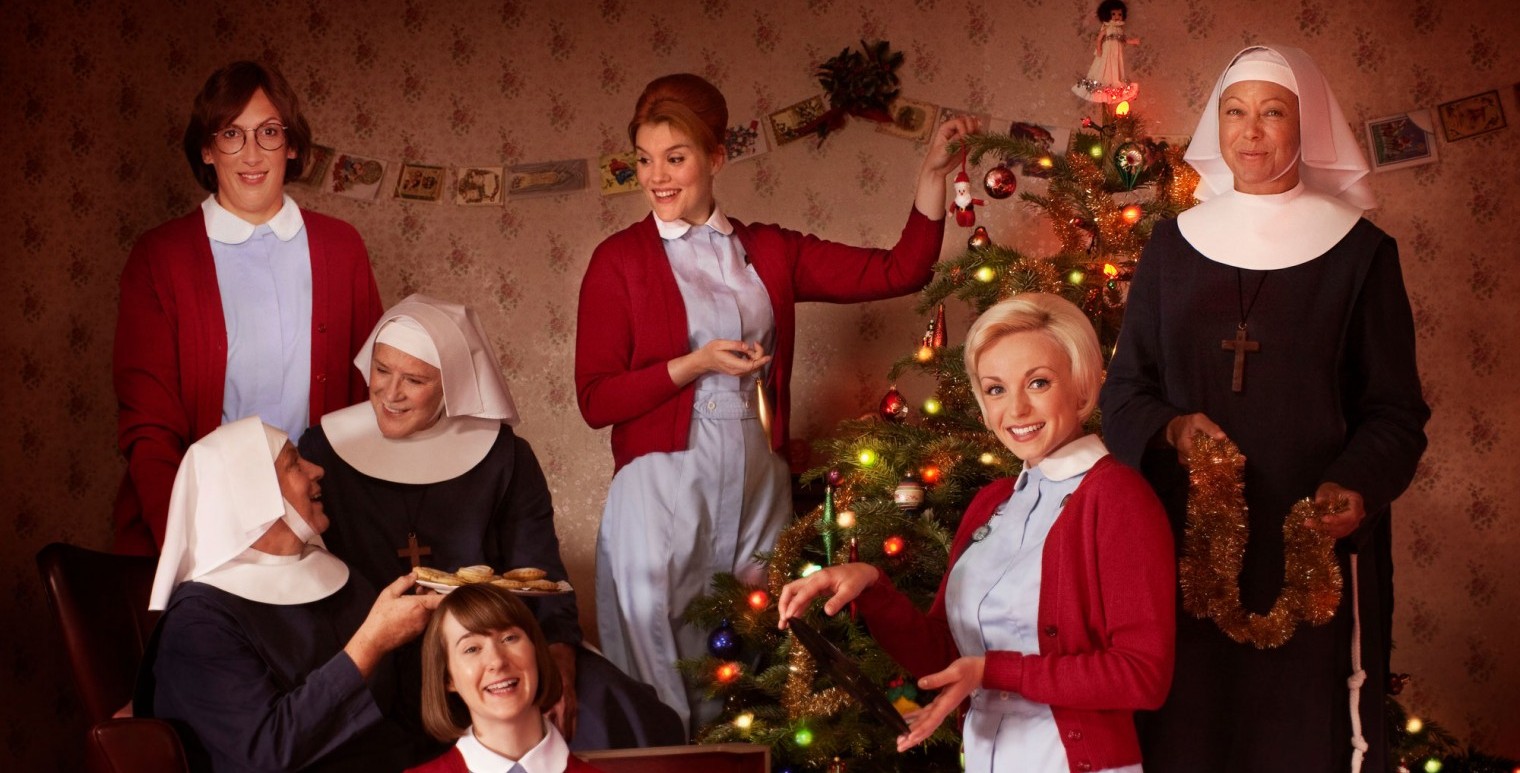 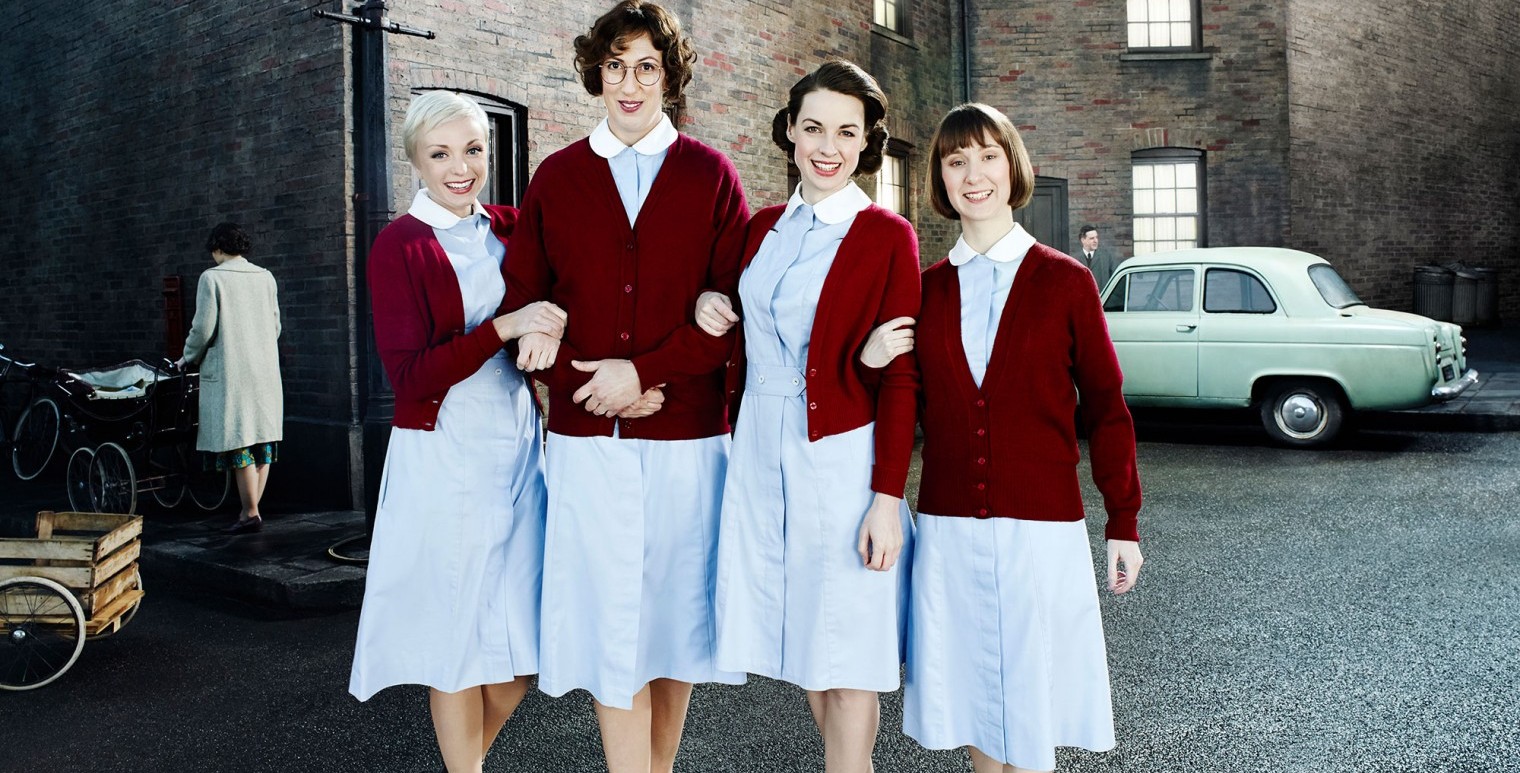 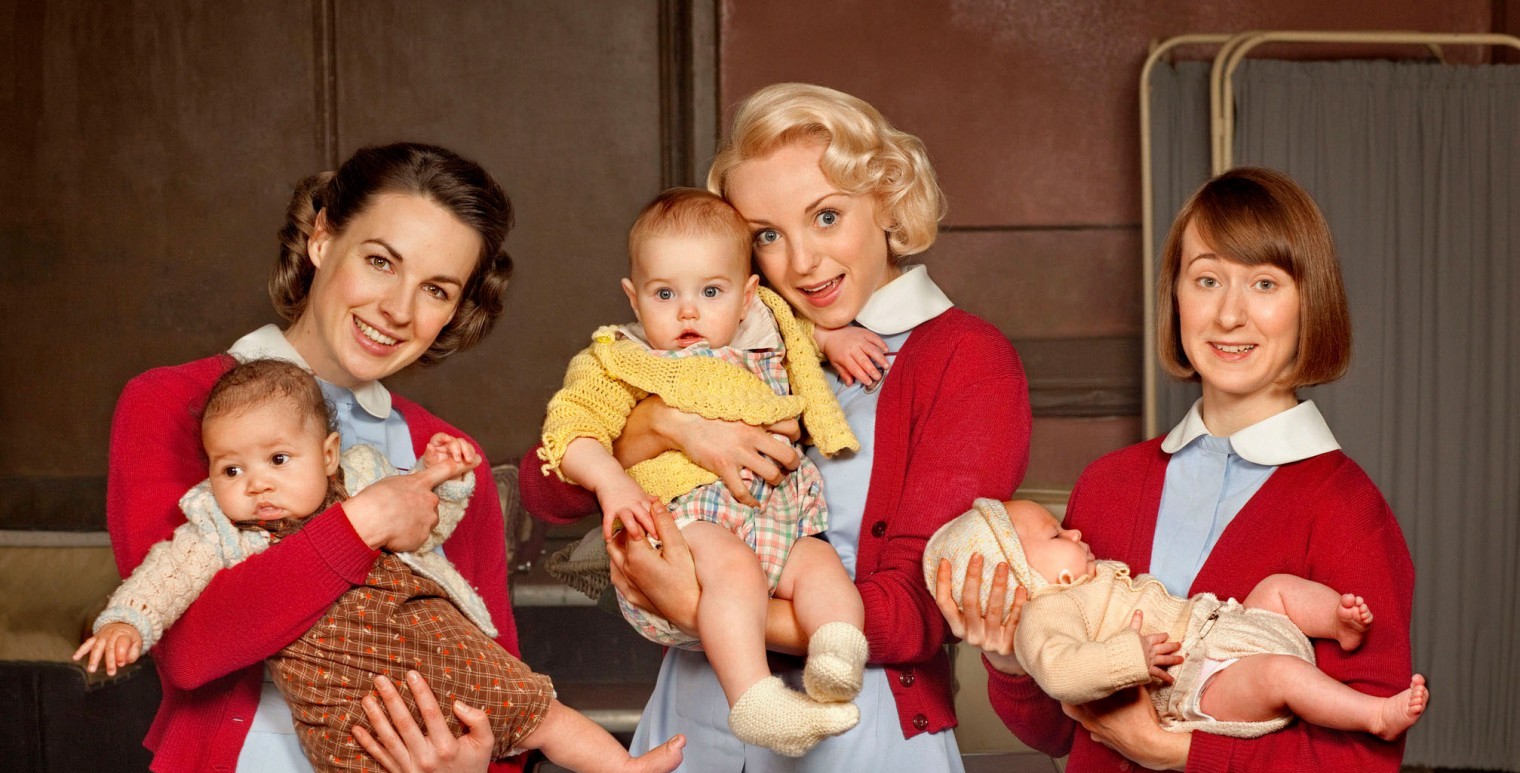 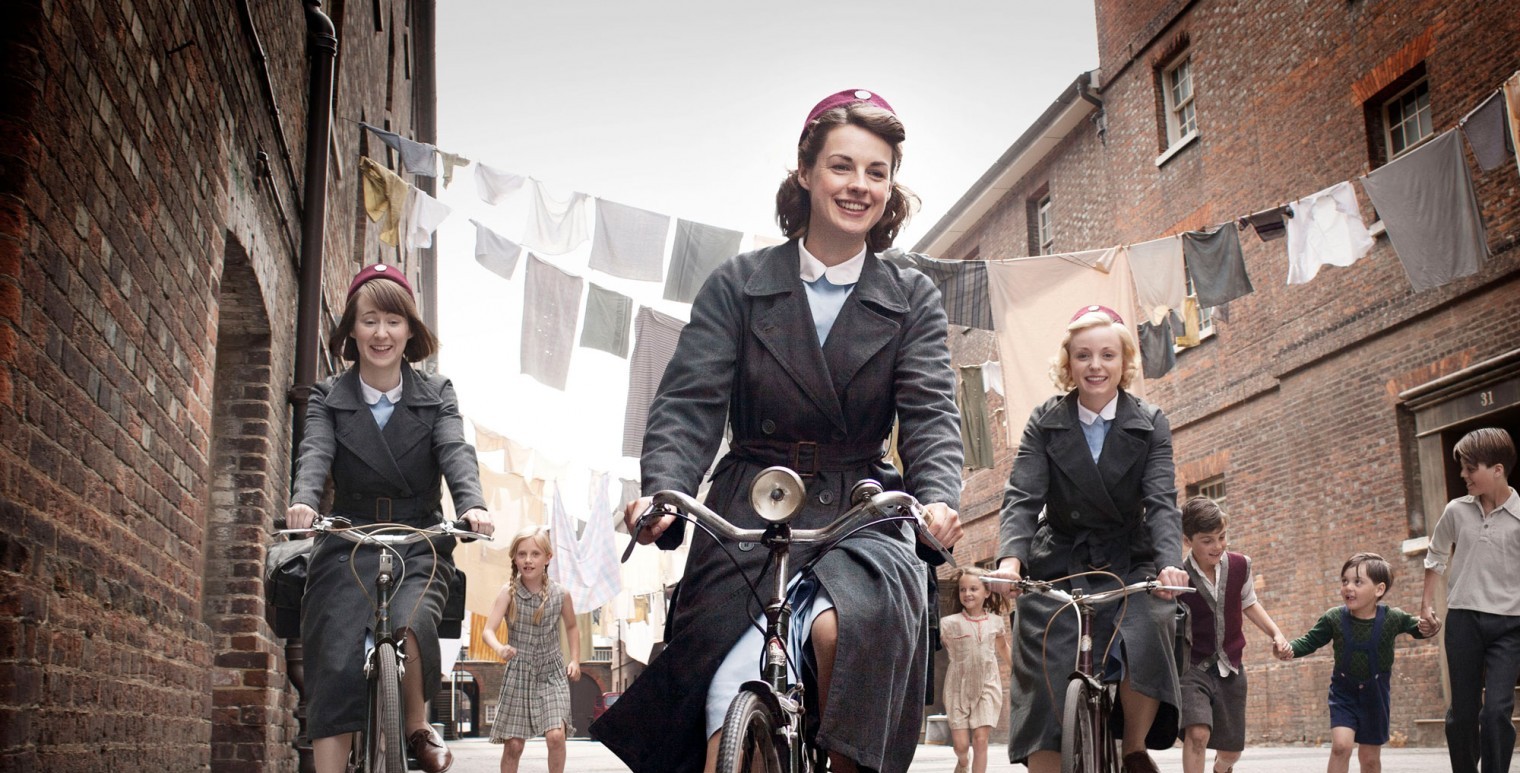 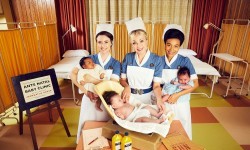 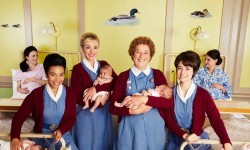 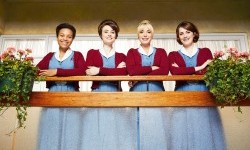 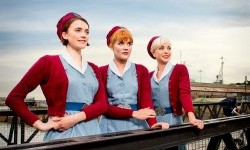 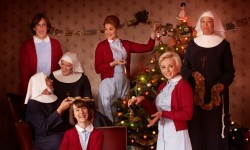 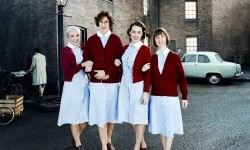 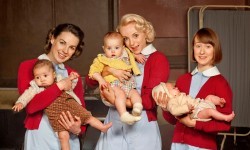 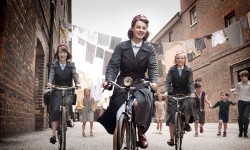 The much-loved multi-award winning drama Call the Midwife is a moving and intimate insight into the colourful world of midwifery and family life in the East End of London during the 1950s & 1960s.
Inspired by the memoirs of Jennifer Worth, Call the Midwife was created and written by Heidi Thomas. The series follows the midwives and nuns from Nonnatus House, who visit the expectant mothers of Poplar, providing the poorest women with the best possible care.

The first series, set in 1957, premiered in the UK on 15 January 2012 and achieved overnight ratings of over 8 million people, making it the most successful new drama series on the BBC since 2001. Since then, there have been eight more series airing year-on-year, along with an annual Christmas Special broadcast every Christmas Day since 2012, and the series continues to be one of the most watched dramas on UK television.  Call the Midwife has garnered global success and has been sold in 237 territories. The drama has won numerous awards, and garnered praise for the way it tackles a variety of medical and social issues, including stillbirth, thalidomide, abortion, diabetes, prostitution, FGM, disability, sickle cell, cystic fibrosis, Down's syndrome, and sepsis. Call the Midwide is currently shooting it's tenth series, and has already been commissioned by the BBC for series 11.

A Neal Street Production for BBC and PBS.

Newly-qualified midwife Jenny Lee is the latest arrival at Nonnatus House, a convent in one of the poorest areas of London. Jenny is welcomed by the nuns and befriended by the other midwives – good-time girl Trixie, sensible Cynthia and fellow newcomer, the posh, fish-out-of-water, Chummy.

We are introduced to the local community through the eyes of the young nurse as she cycles out to tend to her patients. Although the life that greets Jenny is a world away from what she’s used to, she immerses herself in the births, deaths, intrigues and romances of a community she rapidly learns to love.

It's 1958 and the hard-working midwives of Nonnatus House continue to serve the crowded tenements and slums of Poplar. As they struggle with the challenges of poverty, domestic abuse and the spectre of TB, the midwives also face a crisis of their own. A chance encounter reunites Jenny and Jimmy; Chummy and PC Noakes face a dilemma over their imminent future; a tragic birth puts Cynthia in the spotlight, and Trixie enjoys an all-too-tantalising taste of celebrity lifestyle.

Back at Nonnatus House, Sister Julienne struggles to keep the beleaguered convent on an even keel as dementia-stricken Sister Monica Joan finds comfort in the friendship of new orderly, Jane; Sister Bernadette experiences a spiritual crisis and Sister Evangelina puts her foot down regarding pain relief. 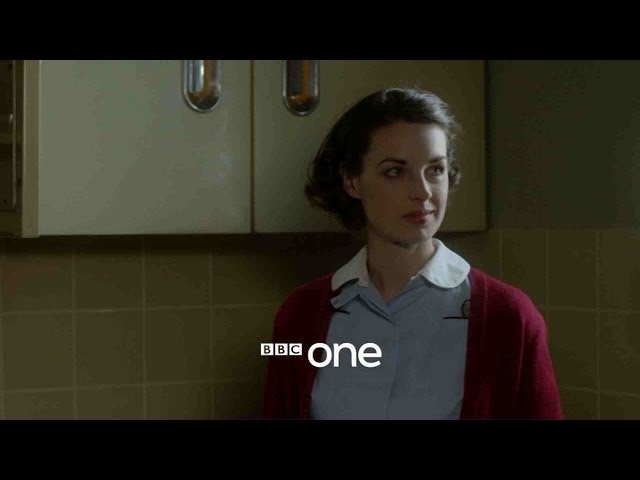 Series 3 is set in 1959, and shows Jenny facing some tough personal and professional challenges. There are changes too for Chummy, as she settles into motherhood, and for Sister Bernadette – now known as Shelagh as she prepares to marry Dr Turner. At Christmas when an unexploded World War II bomb is discovered under a warehouse close to Nonnatus House, the nuns and dozens of local families find themselves homeless. Later, Dr Turner faces a race against time to immunise local children against polio, and when a Royal visitor comes to the East End, Chummy persuades them to open the new Community Centre. 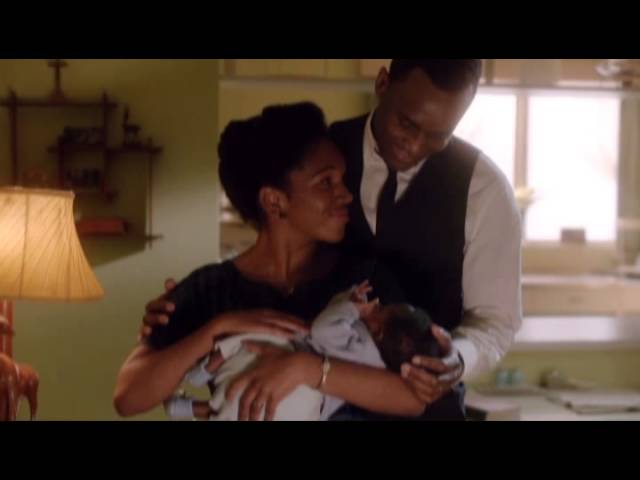 The community prepares to enter a new decade – the 1960s. Nurse Cynthia embarks on a life-changing spiritual journey; Trixie receives a proposal from handsome young curate Tom Hereward but tempers fray when she gets carried away with everything from the engagement party to wedding presents. Also, an unexpected set of events see Chummy take on a new challenge.

Elsewhere two new nurses join the team. Barbara, a vicar’s daughter, is hard-working and keen, but she’s also inexperienced and struggles to get to grips with the demands placed on her. Nurse Crane, however, is older, wiser and a stickler for detail with lots of new ideas – not all of which meet the approval of Sister Evangelina. 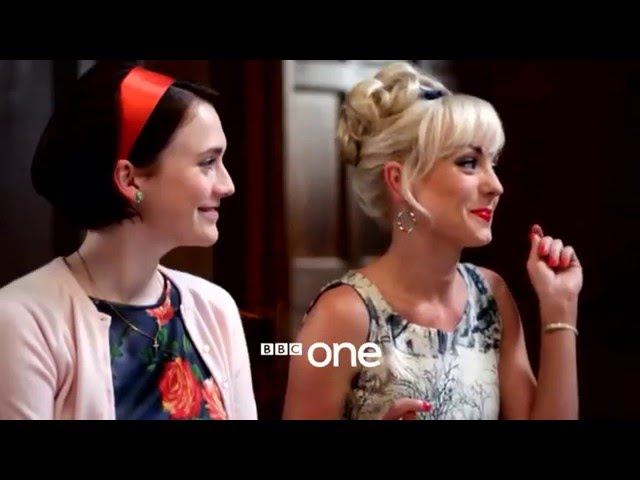 In this series Sister Monica Joan goes missing at Christmas time leaving the nuns and nurses distraught. Trixie having battled through her issues with alcohol, finds a new purpose in her keep fit classes. And could friendship blossom into something more for vicar Tom Hereward and Barbara? Meanwhile, a string of babies born with severe and devastating deformities, casts a dark shadow over the entire team at Nonnatus House as they struggle to understand why. 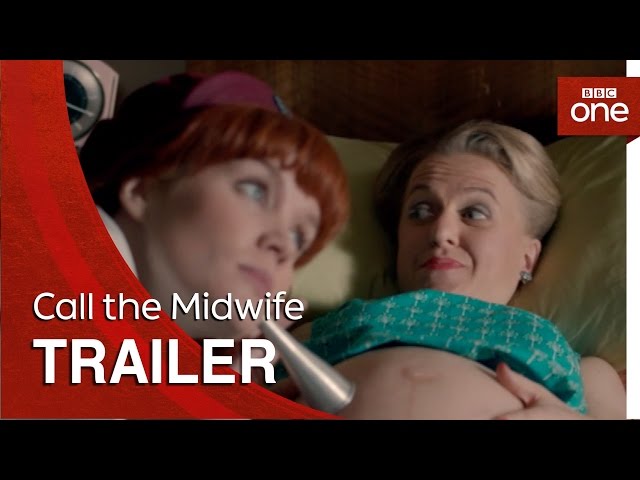 It is now 1962, and the Nonnatus House team are as a committed to caring for the people of Poplar as ever. However, the social revolution on the outside world is mirrored by change and challenges much closer to home. The team return from South Africa to find the strict and overbearing Sister Ursula in charge of Nonnatus House which proves to be a most unwelcome, but luckily, short-lived experience for all. Meanwhile, Sister Mary Cynthia’s recent troubles have taken their toll and she suffers a mental breakdown which leads her to question her faith and everything she’s ever worked for. Whilst the Nonnatuns must say goodbye to some old friends, it is also time to make new ones in the shape of Nurse Valerie Dyer who moves into Nonnatus House, as well as Reggie Jackson who quickly wins Fred and Violet’s hearts.

As they strive to help mothers and families cope with the demands of complex issues such as Female Autonomy, Divorce, Single Parenthood, Dwarfism and Female Genital Circumcision, our beloved midwives and nuns must make choices – and fight battles – of their own.  Series six will see  them laugh together, cry together, and pull together, supporting each other as never before. 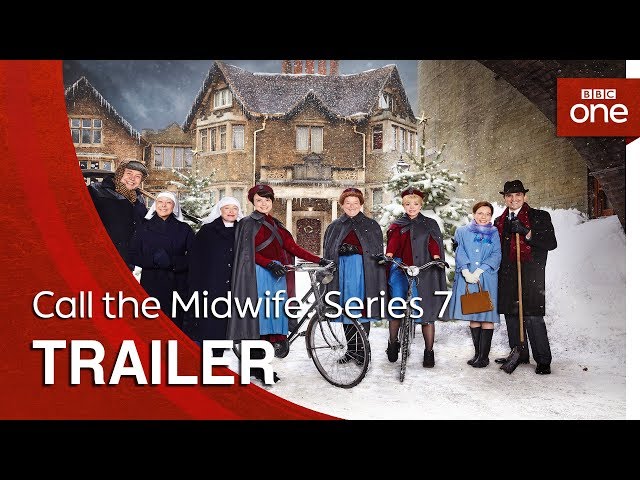 The year is 1963, and the midwives find themselves tested both personally and professionally as never before. Together, they face challenging issues including leprosy, strokes and Huntingdon’s disease, all while fighting their own personal battles. Nurse Crane finds her authority questioned from an unexpected quarter, Sister Monica Joan is forced to accept her failing faculties, and the much–loved characters are joined by West Indian midwife Lucille Anderson – a compassionate and clever nurse who brings a fresh burst of energy to life at Nonnatus House. 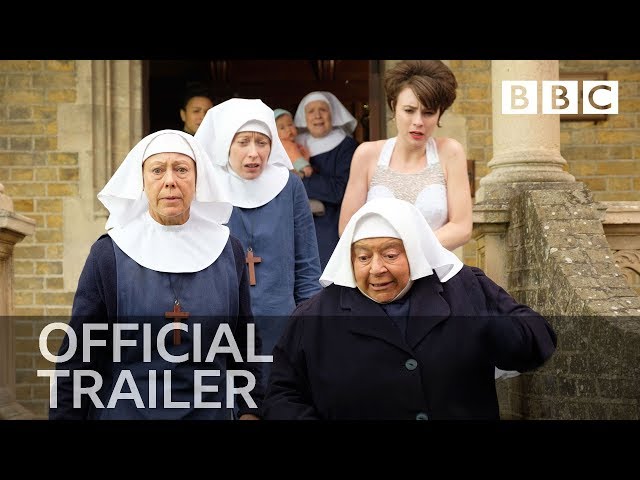 Series 8 continues to explore complex medical and personal stories of the midwifery and district nursing rounds. It is now 1964 and times are changing; from the introduction of the contraceptive pill and the availability of a new cancer–screening programme, to the building of high–rise tower blocks. The nuns and nurses continue to face a variety of challenging issues including cleft palate, sickle cell disease and illegal abortion. And for one of the team, romance could be on the horizon.

It is now 1965, Sir Winston Churchill dies at the start of the year, marking the end of an era and the welcoming of a new one. Poplar is finally moving out of the shadows of the Second World War with an ambitious redevelopment programme which potentially threatens Nonnatus House.

“Call the Midwife is the most fearless show on television”

“Call the Midwife has all the comforting warmth we expect on Sunday evening but its greater achievement is continuing to tackle real issues of maternity care and women’s lives in the period.” 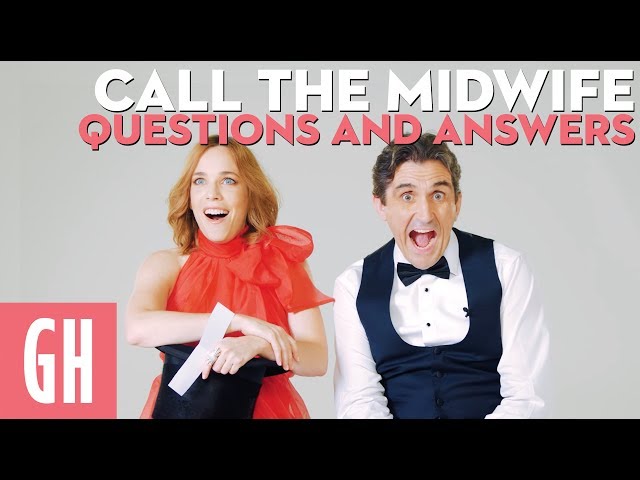 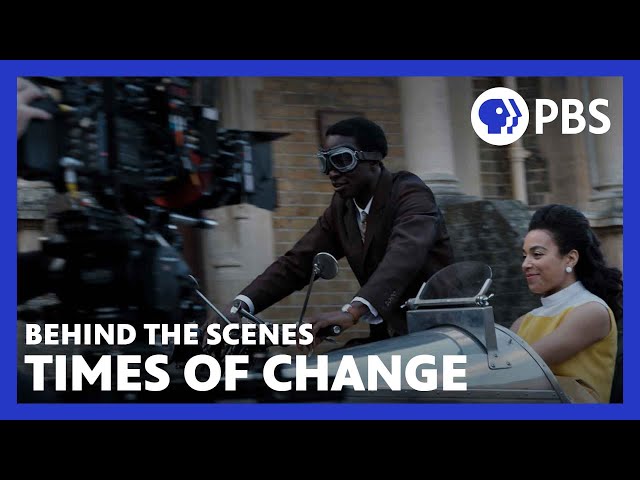 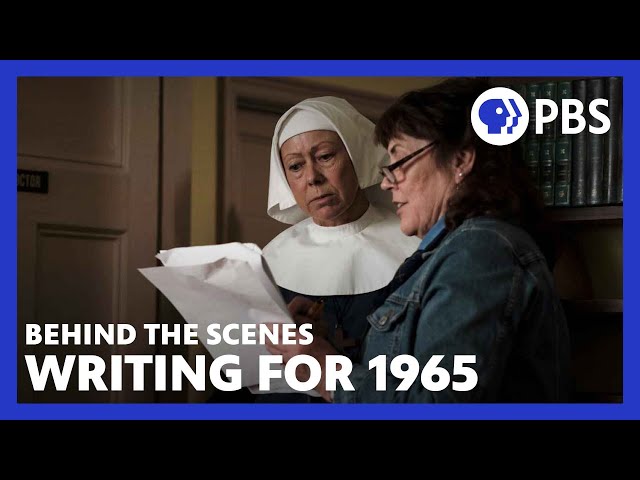